Now, I’m a bit late to this, but I notice that September is sometimes promoted as “Read A New Book Month”. Obviously, this is an initiative I can get behind…

But it did get me thinking about who I would recommend, (other than yours truly, natch), for someone who wanted to pick up a book, especially if they had found themselves out of the habit.

I’ve spoken before about my love of Elmore Leonard. Someone I see as definitely following on from the great man’s tradition is George Pelecanos.

I am a huge fan of his work. He has a real propulsiveness to his prose, each word weighed and filleted to ensure that there is no extraneous fat. Everything is in service to the plot. He is so considered with his choices that he is able to conjure up a tremendous sense of atmosphere without sacrificing any forward momentum. This is no mean feat.

I’m not alone. I noticed his name appearing on the credits to THE WIRE, which soon made a lot of sense. THE WIRE has often been described as one of the early adopters of a “novelistic” approach to television, with episodes like chapters, and a requirement for the audience to treat the show as a whole, rather than individual bits and pieces. I can only speculate, but I do wonder how Pelecanos complements David Simon; a journalist and a novelist, bringing their own backgrounds to bear on the work that they produce together (alongside others in those writers’ rooms).

Where to start with his fiction? There’s a sizeable catalogue to choose from, but if I could recommend one as a good place to start, then I won’t try and reinvent the wheel, and instead, will suggest A FIRING OFFENSE, the first book that introduced his Nick Stefanos character. Pelecanos definitely spreads his wings with later books, but this one is very much Pelecanos announcing himself to the world, falling under the dictionary definition of “hard boiled”.

I’d love to hear what books you would recommend to someone desperate for something new. Now, I’m very happy to have my ego stroked, but other than any of my stuff, what would you suggest? An old favourite, or something new you’ve discovered – maybe something that’s really caught your imagination and relit the fires for reading. The darker evenings are coming and this is the perfect time of year to curl up on the sofa, or in front of the fire, with a new book. 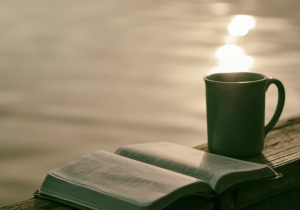