There’s a lot going on in the world today. Every day I open the news app on my phone looking through my fingers. But every so often, something comes along to convince me that maybe – just maybe – things are going to work out alright. And, my friends, that something is Tua Tagovailoa.

Anyone who has followed me for more than five minutes will know about my long-standing passion for what we limeys call “American Football”, and in particular, the Miami Dolphins.

It’s all Dan Marino’s fault. Like any sports team, there isn’t usually much rhyme or reason why we pick the ones we do. Often it’s geography – the hometown club – or family, but then sometimes there are other reasons that we can’t quite put our fingers on. For me, I think it was just a perfect confluence of circumstance, watching the limited coverage on one of the four terrestrial channels in the UK in the late 80s. Back then, the names of gridiron stars who truly crossed over globally were fairly few and far between, but Dan Marino was one of them. This statuesque (almost literally, in terms of his movement) figure with a dynamite arm was impossible to ignore, and so, I found myself watching out for the Miami results, until, fully hooked, I put all my cards on the Dolphins. I was a fan for life.

What was I thinking? My brother – much less interested in the sport – saw his nominal team, the Packers, win a Super Bowl, and greeted the news with a shrug and a “good for them”. A Super Bowl, for heaven’s sake! I get giddy if my team make it through the season with a winning record.

Then, one of the odd quirks of American sport started to look like a route to success, in the most roundabout way possible. In the most simplistic way, in sports like football and baseball, the worst team is compensated for their failure with the chance to select the best young prospect entering the league. The second worst gets the second best, and so on. It’s never that simple, though, as you usually find all manner of horse-trading as picks are traded for others – the “best pick” swapped for the next two, and so on – but that’s essentially it. So, after a pretty bleak season, the Dolphins managed to snaffle up one of the best prospects in the sport – Tua Tagavailoa…

…who then proceeded to get seriously injured.

But, finally, after months of drama and worry, and the usual gnashing of teeth by us Dolphins fans, Tua made it onto the field, and, thankfully, didn’t spontaneously combust.

Will Tua lead the Dolphins to the promised land of a Super Bowl? Maybe, maybe not. But it’s been fun seeing him out on the field, and fingers crossed he can be the superstar that his talent suggests. 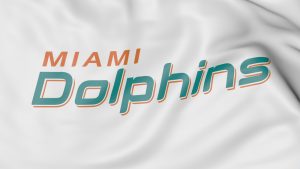