I wonder – is there such a thing as a universal language of story? Language is a wonderful, living, breathing thing, and the stories that can be told change and develop as tastes do the same. Or do they? Maybe the flavours of the stories do, but when you strip a good tale back down to its fundamentals are we just telling the same stories as we have been for millenia?

All hi-falutin stuff, but what’s got me pondering this is the reception that my stories are getting as I introduce my characters to new audiences, in different languages, and wondering whether my stories work better in one language more than others, and why that might be.

So far, my stories have been translated in German, French, Russian, Italian, Czech and Spanish, with different degrees of success. I have been delighted to be able to work with translation teams of impeccable quality in every instance, but there definitely seems to be some differences. In particular, the reception from Germany has been amazing. I have been bowled over by how well the books have been received over there – almost instantly, Milton was a strong seller, and I haven’t been able to translate his adventures quickly enough.

Is there something in the stories that just works for the German reader? I wonder whether some of my other characters will have a similar effect with readers from other languages? Will Atticus just “click” with the Spanish reader more than John Milton? I certainly look forward to finding out.

There is another benefit to this as well – I hope I come across as someone who is always open to feedback and communication. It’s a huge privilege to me to be able to read your comments and get involved in discussions about the stories. As my books find their way to new corners of the globe, then I hope I’ll continue to be as open and become influenced by new views, each one helping inspire me to do something ever-so-slightly different. The more I listen and learn and communicate, the more chance I have of experiencing that lightning bolt of inspiration that might just deliver a story idea that I can really get my teeth into.

There is an element of “chasing success” in this, I have to admit – with Milton proving so popular in Germany, I simply haven’t had the time to look at other locales in the detail that I would like just yet, but it is fascinating to me to explore what might work here might not work so well there. It certainly adds a new flavour to my thinking about the stories that I want to write, and why I believe it is important for author and reader alike to constantly look to challenge each other, rather than become something like a factory line, pushing out the same old tales like clockwork. New challenges for Milton, new characters like Atticus, and maybe even new genres altogether. 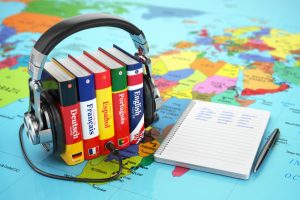