As you might have noticed from my posts, I’ve been able to work through a bit more of my “to watch” list over the lockdown weeks. Not too much; home-schooling and maintaining key entertainment roles, all whilst trying to put Milton through the wringer, have left me pretty wiped. Even with much of the entertainment industry grinding to a halt there are still an almost never-ending queue of films or shows lined up for me to check out.

I’ve always wanted to know what happens at the end of every story. I’ll still persist with a book that I might not be enjoying. There’s always the chance that the ending might still see the story surprise me, or wrap things up in a way that I find rewarding. I think it’s a hangover from the narrower opportunities I had growing up – there simply wasn’t the variety of choice that we have today, and so every bit of culture that I bought, or borrowed, needed to be fully appreciated. Now, though, it’s different. If anything, there’s too much choice – a paralysing variety of options, with commentators or friends all shouting the odds for their particular favourite, and FOMO a real and present feeling.

I was a fan of THE WALKING DEAD. I watched season after season, even sticking with it through the troubled second season, until, years (and seasons) later, I realised that I just wasn’t enjoying it anymore. The plots seemed circular, the characters became increasingly one-note, and it just became a relentless trudge of misery porn that simply took up too much of my time. So I stopped watching.  No shade on anyone who is still enjoying the show – each to their own, after all – but it just wasn’t for me anymore. Maybe it was like a break-up?  “It’s not you, it’s me.” But I went to find something else, and I’ll keep on doing that with things, remaining patient during lulls, but not patient without limit.

Similarly, as you know, I like a good bottle of gin. Like lots of people, I have a few bottles of “special”, at the back of the cabinet, with that special occasion always moved further away, and the bottles gathering dust as I stick with something a little cheaper. Well, these days – especially these days – I’m going to have the “special” first, and then after that, I’ll see where we are. I thoroughly recommend this as a design for life.

On the other hand, as a writer, I’m aware of the pressure that that approach places on me. Be it Milton, or Beatrix, or Atticus, every single story needs to be as good as it possibly can be. 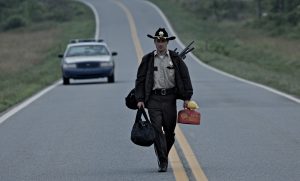