So, wildly late to it, but in this world of “everything is available forever” I don’t feel too bad for only now getting around to watching THE LEFTOVERS. I’ve worked backwards – I enjoyed WATCHMEN, and having been aware of Damon Lindelof’s writing for years now, wanted to explore another series where he was able to give full range to his vision.

Lindelof is interesting. He has certainly had to weather some brickbats over his career, from his association with LOST and frequent accusation that the writers were just “making it up as they went along”, to the – ahem – challenging response to his work on PROMETHEUS. THE LEFTOVERS seemed like something of a retreat from those huge properties that he had become associated with, which enabled him to use the lower expectations, the greater freedom that showrunning gave him, and the slow burn of television to enable him to adapt the source material at his own pace, and then develop it beyond the limits of the book.

What struck me was how important theme is to THE LEFTOVERS. The elevator pitch for the story is, essentially, “what if two percent of the population just vanished one day?” but instead of endless mystery boxes, it instead focusses on the humanity of the premise. It’s a reflection on grief, concentrating on those left behind, and the emotions that sudden loss can bring – rage, guilt, shock, and then maybe eventual catharsis.

The best stories use theme to support their plot. THE LEFTOVERS, like any work of fiction, can be enjoyed purely for the plot, but I think it’s even more rewarding when you understand the theme – the point of that plot – or at least, make your own conclusions on what the theme might be. It is a hard watch at times, with the protagonists often at odds with each other – and themselves – as they struggle to process their losses in so many different ways. But here and there is beauty, and hope, and optimism. I’ve found it affecting, and even after finishing the series, I am still thinking about some of the themes that are raised. 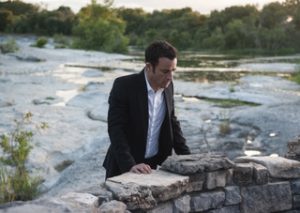