I’m delighted that LINE OF DUTY is back. Nine million of us are hooked on the rug-pulls, back-stabs and cutting comments in this real throw-back to “water cooler” television. One thing that I’ve found interesting is how the show makes no compromises in terms of explanation. You are clearly expected to have watched the previous series because there will be call-backs to episodes that originally aired years ago. And, more than that, the jargon is unrelenting, unforgiving and often unexplained.

Jargon, if used well, can create authenticity. I remember watching DEADWOOD for the first time – the dialogue is a mish-mash of florid, almost Shakespearean phrasing, crashed into the most brutal and explicit language. It’s a puzzle and something of a barrier with the real fear that you are missing something – but, as with LINE OF DUTY, the ear adjusts and the intent becomes clear, and, if anything, it creates a sense of realism that “straightforward” dialogue might not.

That realism with language and jargon makes something seem more “alive”. There’s a danger there as well, and something that I’ve noticed developing over the last few years. With anything that manages to cut through the noise (no mean feat, given the abundance of choice and the ability to binge-watch at a time of your own convenience), there will be an eco-system that springs up around it. Websites that get their traffic solely on speculation, forensically analysing frame by frame and word by word, to try and encourage discussion and speculation from the tiniest little thing. Think about all of those sites that posted theories about the end of GAME OF THRONES or the scuttlebutt about an off-hand line in WANDAVISION. This discourse, while fun, can be dangerous for any show – inevitably, it can lead to disappointment. Much of the criticism of the last season of GAME OF THRONES is that it could never live up to fever-pitch of competing theories – in short, someone was going to be let down by the decisions that the showrunners ended up making.

Not everything needs an explanation. Isn’t it more fun for us to sometimes be left to ponder for ourselves? I saw someone mention that, in STAR WARS, did we really need to know what a “clone war” is? In BLADE RUNNER, do we need to actually see the “Tannhauser Gate”? (Mark my words – in five years, there will be a sequel where we see those “attack ships on fire”). I throw in detail to add colour to my own stories, little bits of fun to have the reader wondering what it might all mean, or what other stories might have taken place. Some I will definitely revisit in the future… others I won’t. 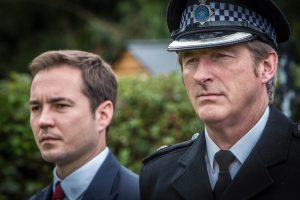