I’m working hard to get my catalogue translated into other languages.  So far, I’ve had books translated into French, Spanish, Italian, Russian and – particularly – German.  It’s been a wonderful and exciting experience, reminding me of the fun I had when I was releasing my first few books, and starting to find my audience.

Because, the thing is, I wasn’t sure whether my books would “travel” – I’m not conceited enough to think that just because I have been incredibly fortunate to find an audience for my books in English, that it would be a simple copy-and-paste exercise, and I would find similar success in whatever language they were presented in.  But, so far, I’ve been blown away by how my stories are being received by readers around the world.  Germany, for instance, has now become my third biggest audience, and the main challenge has been to arrange for my catalogue to be translated quickly enough to keep the momentum rolling on.

I’ve been so pleased to find new readers – I will never, ever stop appreciating anyone who chooses one of my books, and spends their precious time reading it, especially given how much choice there is out there.  And in order to help with that, I’m also aware that people read in so many different ways these days, whatever the language.  To that end, I’ve been delighted to release the first Milton audiobook in German recently, and have been delighted with how that’s been received as well.

There are other media that I’d love to see my characters in – as you may recall, we have a comic series on the way, and maybe one day there’ll be a live-action film or TV show (no news yet, sorry!) as well.  I’m certainly not precious about one thing being “better” than others, as I just want to offer something for everyone, whoever they are, and wherever they are reading.

Anyway – plenty more to come this year.  Currently, I’m just closing in on completing the latest Milton, and then it’ll be a scrum to decide which of the stories bouncing around my head I want to pluck out next.  Who knows?  But what I do know is that it’s just as much fun as ever. 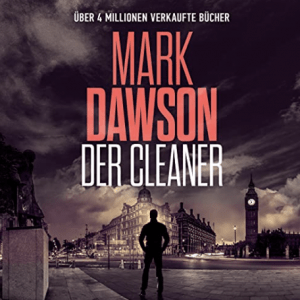