I think, like most of the world, I’ve an up and down relationship with STAR WARS. Due to the smorgasbord approach of George Lucas (over forty years ago!) there’s always something to like in the universe that he built, even when some of the choices might not necessarily be ones I can completely get behind. (I’m being diplomatic). However, THE MANDALORIAN has been a wonderful counterpoint to many of the trends in TV and, especially, blockbuster cinema.

The hot button word here is “franchise” – one film, one story, is never enough. Everything needs to hint at and build towards more. Bigger, faster, more. A film needs to be part of a universe, and the stakes need to be constantly raised, where one villain becomes twenty, and the heroes all need to team up to overcome the overwhelming odds. THE MANDALORIAN bucks that trend, and it’s one of the reasons why I find myself enjoying the show so much.

It understands that nearly everyone tuning in will have, at least, a basic understanding of STAR WARS – there will be very few people who don’t “get” the different worlds, the battle between the Rebellion and the Empire, the force, Yoda and on and on and on, thanks to its cultural impact since it burst onto the scene in 1977. It doesn’t really need to bog itself down in world-building. Instead, it can skip ahead to the fun parts – the set-up and the stories.

The second thing it does remarkably well is tell a simple story simply. So far (and I’m hoping they can keep walking this tightrope) there is an over-arching storyline the characters are dealing with, but it is secondary to the desire to tell short, sharp, and most importantly, fun stories, and get to its destination in a more measured manner. There is nothing wrong with complicated storylines, and huge stakes – AVENGERS: ENDGAME is as rewarding a blockbuster as I can remember – but to make something like that work needs confidence, patience and a good deal of serendipity. And just because that series worked, then it shouldn’t necessarily signal a gold rush to do the same only with different coloured paint. (See JUSTICE LEAGUE for an example of just such a failure.)

THE MANDALORIAN is smaller, and all the better for it. A sci-fi western, where it is obvious that everyone is having a great time creating it (check out the laundry list of cameos as evidence of that), that never overstays its welcome. I find myself really looking forward to each episode, not least because it’s one of the shows that has hit big with not just me but also with my six-year old son. 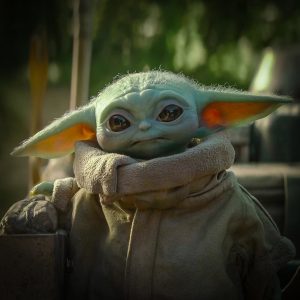